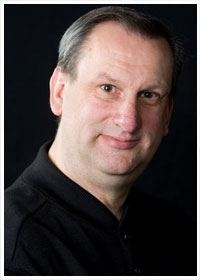 James Poitras has a BEd from the University of New Brunswick, a BA in Biblical Studies from Indiana Bible College, and is actively pursuing a MA in Ministerial Studies (Education Concentration) from Global University. Additionally, he has attended the United Pentecostal Church Bible Institute. His wife, Linda, is also an educator with a Bachelor's degree from Troy State University. Both have been extensively involved in missions and Bible School administration for more than thirty years.

Brother Poitras served as the President of the African Center for Theological Studies and Director of Christian Education for UPCI Ghana. He coordinated Africa's regional theological education program for five years until February 2007 when he was asked to serve as the Coordinator of the Global Association of Theological Studies. His website  www.globalcollegeofministry.com  and www.jamespoitras.com. He supervises more than ten other websites and web-based projects for Global Missions.

Brother Poitras is the founder of Portable Bible Schools International and has authored its curriculum in four levels entitled Acts: God's Training Manual for Today's Church. This two hundred lesson series is widely used and translated into multiple languages. Literally thousands of students have studied under this program. He is a prolific writer, especially in the realm of curriculum and has written more than ten books. Linda has written two Bible College textbooks and multiple manuals for Reaching Africa's Children.

Brother Poitras talks, breathes, bleeds and lives Bible school education. His personal vision is found in 2 Timothy 2:2 "And the things you have heard me say in the presence of many witnesses entrust to reliable men who will also be qualified to teach others."

The Poitrases served as career missionaries in Africa for twenty-eight years before becoming the Director of Education/AIM for Global Missions, UPCI, in January of 2012.